So I’ve been having issues with stn’ing, and when I say slow I mean slow. Like a 1/16” to 1/8” a week. At first I was thinking I was starving the corals cause I had very low phosphates and no nitrates in the system. So I lowered refugium light duration to 1 hour a night. I also set off an ICP text as well it took twos to get the results but I found elevator levels of all heavy metals. Well I was thinking it was from a magnet, “NOPE”. Then that it was maybe something I put my corals in or I mixed up fish qt water with reef system water, “NOPE”. I forgot that I sent in a sample of my RO/DI as well. Well I found that the ro/di is where I’m getting the heavy metals. Here’s the ro/di results.

So yesterday I changed all the filters in my system. Later in the day im going to do a copper test with my Hanna to see if ro/di is getting copper in it still.

But I’m kinda Curious where the heavy metals are coming from. Does tap water have elevated levels of heavy metals. My house has pex tubing thought out. Granted the pipes that do come out the walls are copper but there only a few inches.

I took the whole ro system apart while changing the filter. I looked to see if any screws or metals where in the canisters or if a screw that holds the canister to the bracket had made its way throw the plastic. Nothing was off or not right. My only question is (well one of many) could the ro buddie booster pump be failing in side. Like maybe the motor or pressure switches have metal pieces that could be failing?

So I here’s my other concern. So I checked all the tds metals the day I sent the ro/di sample off. I also checked them this last weekend.
I have 4 tds probes on my ro/di. The first probe is in between carbon blocks and ro membrane. That one was around 270s range on both times. The second probe is in between ro membrane and DI. This was at 3ppm both days. The third is after DI and in between the DI and 55g storage barrel. This was at 0 ppm both times. The forth probe is after 55g barrel before water goes to tanks. This probe was also at 0ppm both times. I even checked a sample yesterday before draining the barrel with a handheld tds meter. The handheld meter also read 0ppm tds. When I pulled the sample for ICP test. I pulled it straight from the ro/di barrel.
I thought heavy metals would read on a tds meter?

Maybe there’s something I’m missing you guys see that I don’t.

What else in a ro/di system could cause heavy metals?

Also I just replaced pre filter and 3 carbon blocked 3 or 4 months ago then marine depot was going out and I bought a bunch of carbon blocks and the ro membrane is about 6 months old.
Last edited: Nov 18, 2021 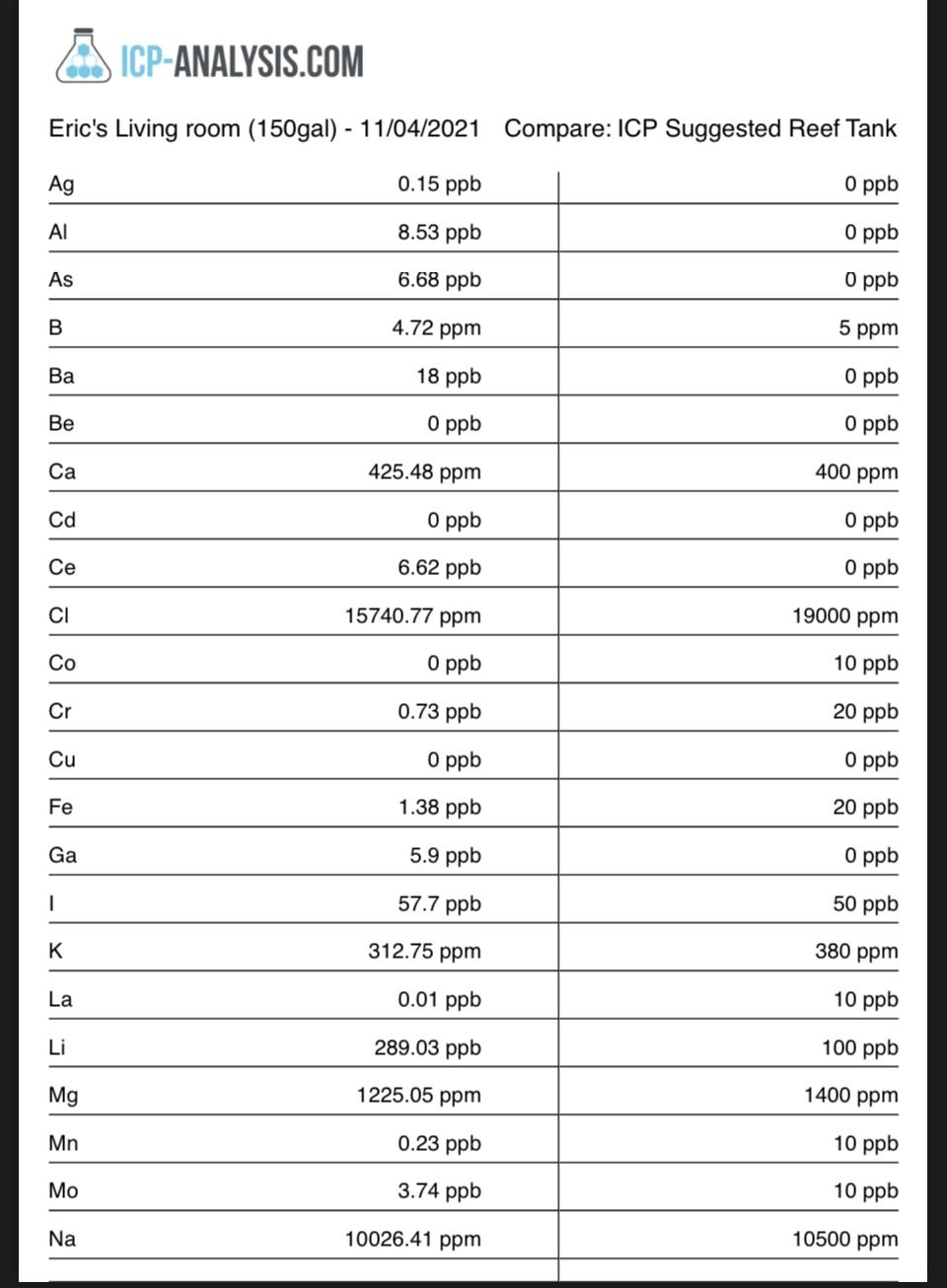 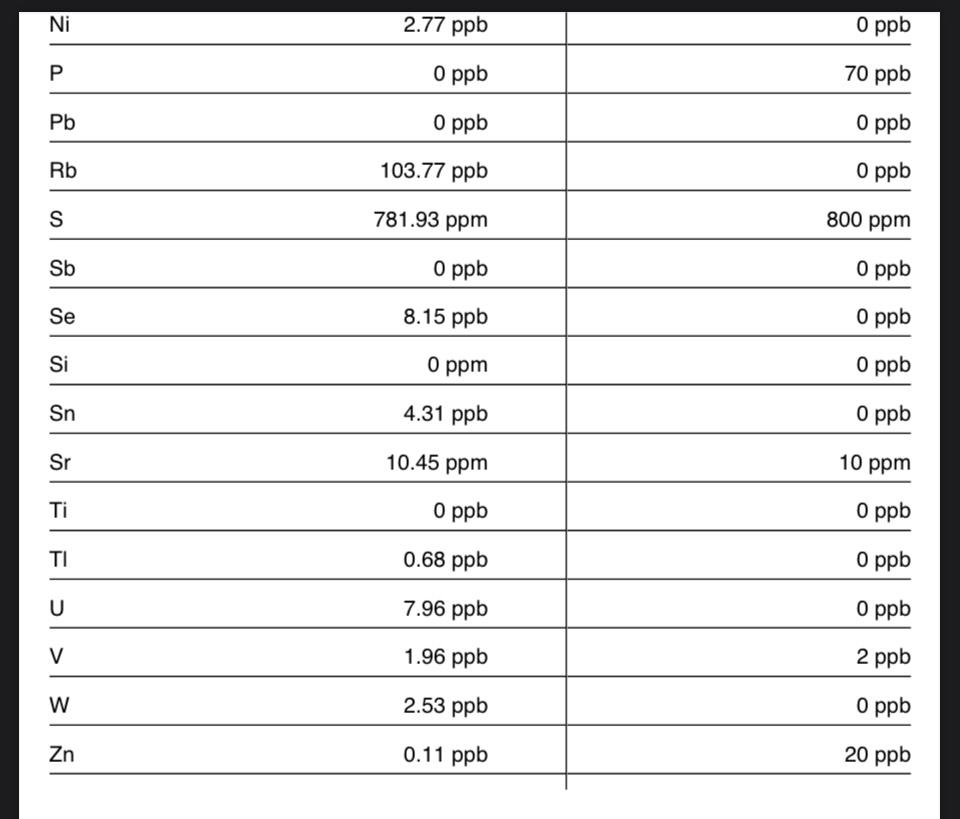 Eric, what filter brands are you using? Also, TDS meters measure in ppm and ICP is measuring in ppb, so a lot can get through that a TDS won't detect. Also, use ATI for ICP, it's so worth the money and it's $5 cheaper than Triton, which doesn't test RO.
I've had the best luck with a hybrid BRS/Spectrapure system. If fact, you just need the MegaMaxcap and SilicaBuster super DI for your DI stage.
You must log in or register to reply here.
Share: Facebook Twitter Google+ Reddit Pinterest Tumblr WhatsApp Email Link