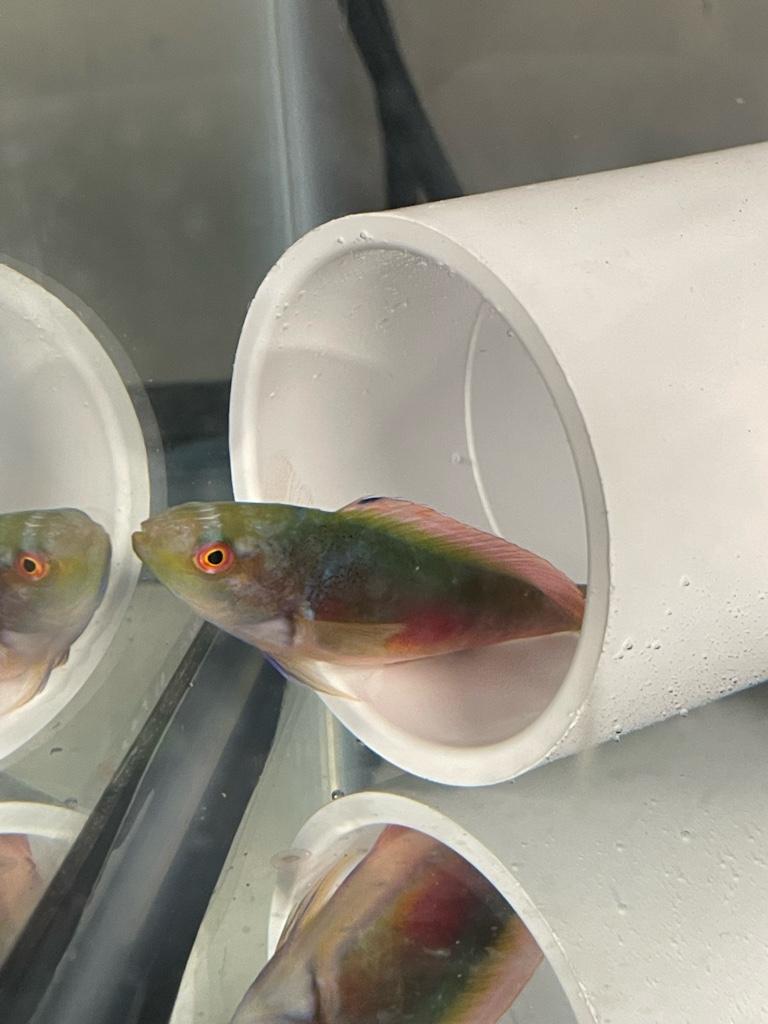 Kinda confused, so i got my diatom bloom around month 1, im on month 3. started getting this green/brown looking algae on the rocks, like green spores. I remember when I used marco rocks it was like this and it eventually got covered in coraline, am I going down the right path?

testing the nitrate with salifert and it almost has like no color lol
hanna ulr po4 its at .03

my refugium isnt even running chaeto, use gracillera hayi which is slow growing

and feel like my tank is decently packed so quite surprised 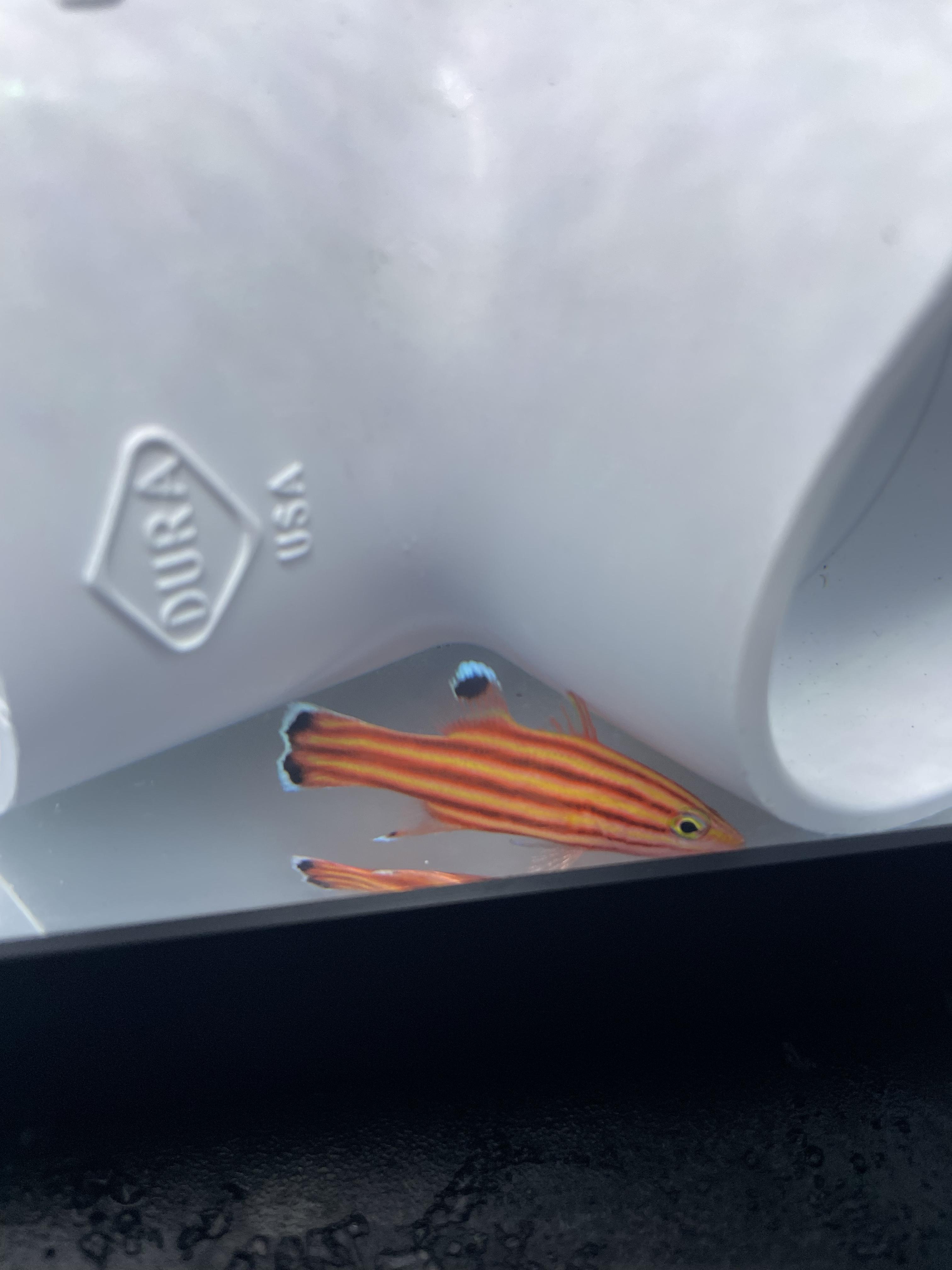 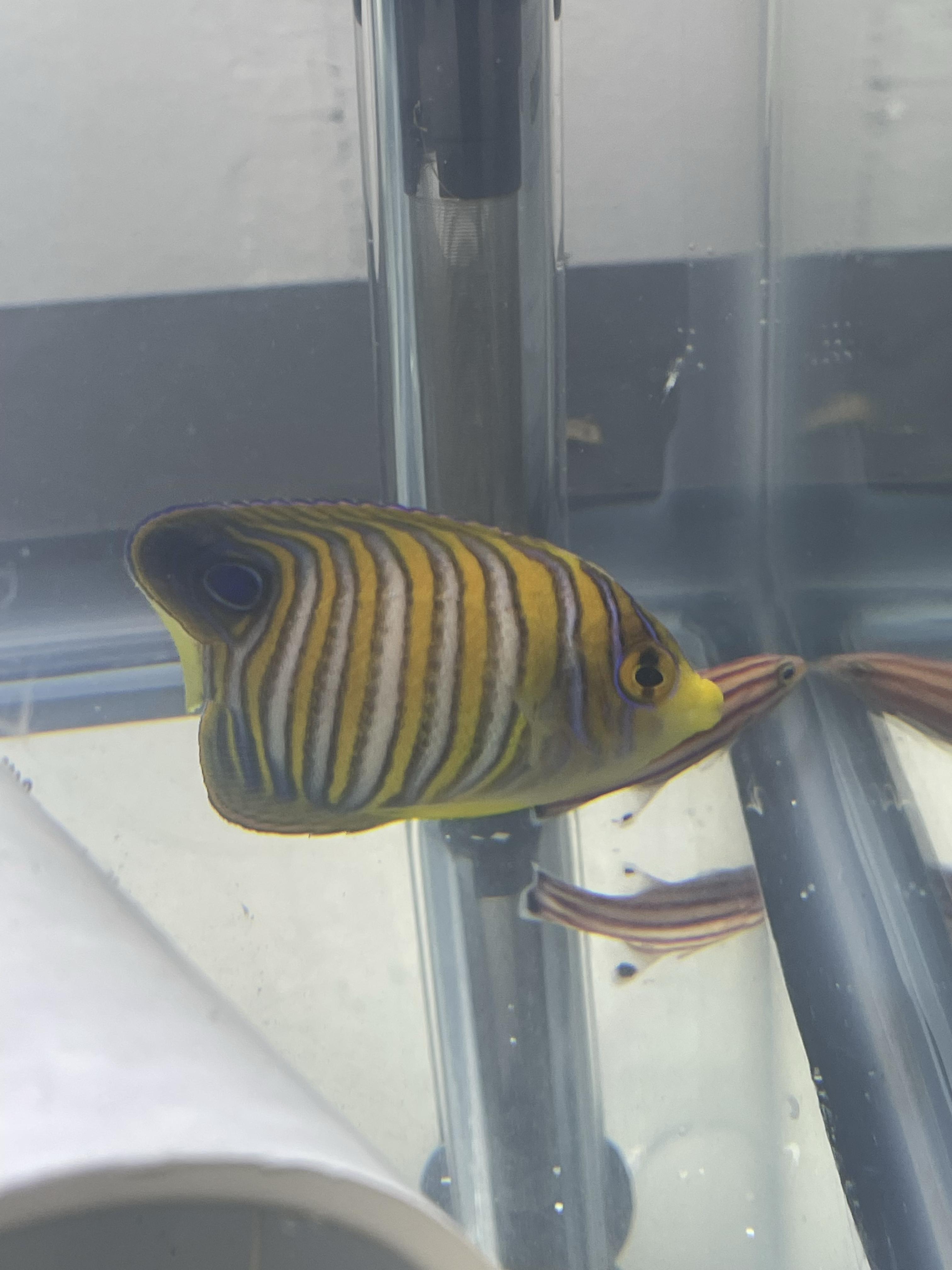 Picked up a regal angel and 2 swissguard basslet

In qt now, so look out for an extra basslet in about a month or 2 if it survives 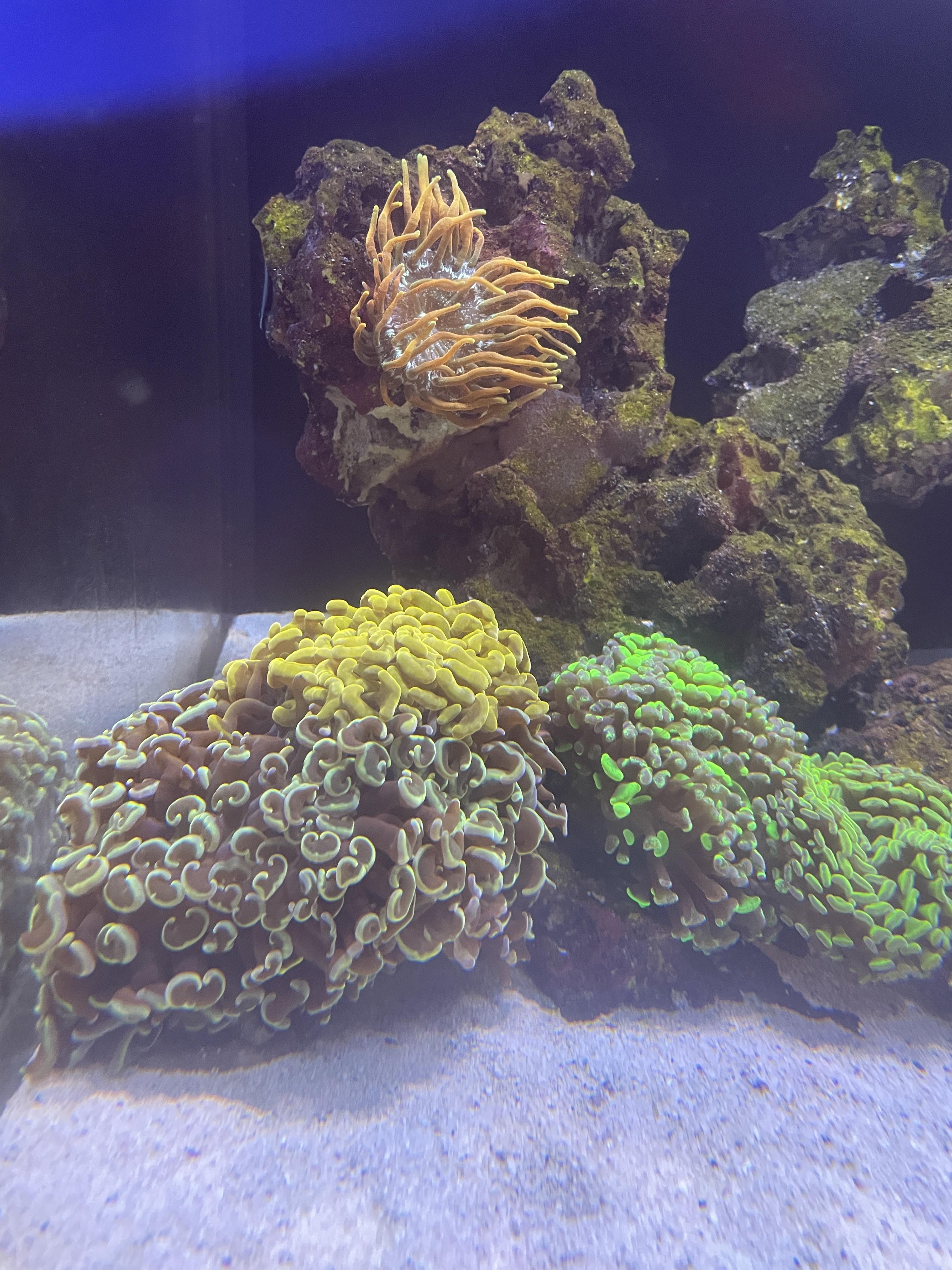 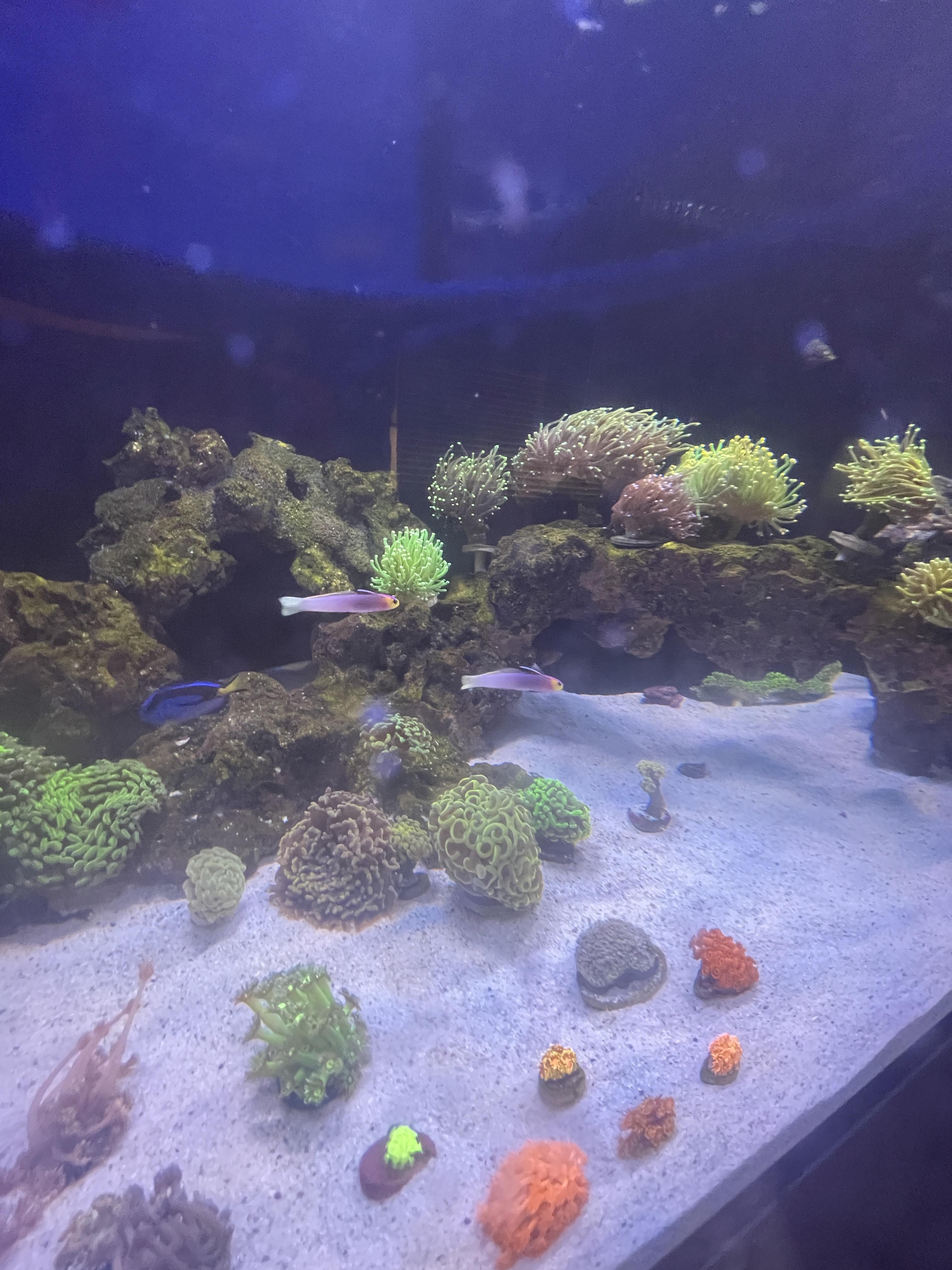 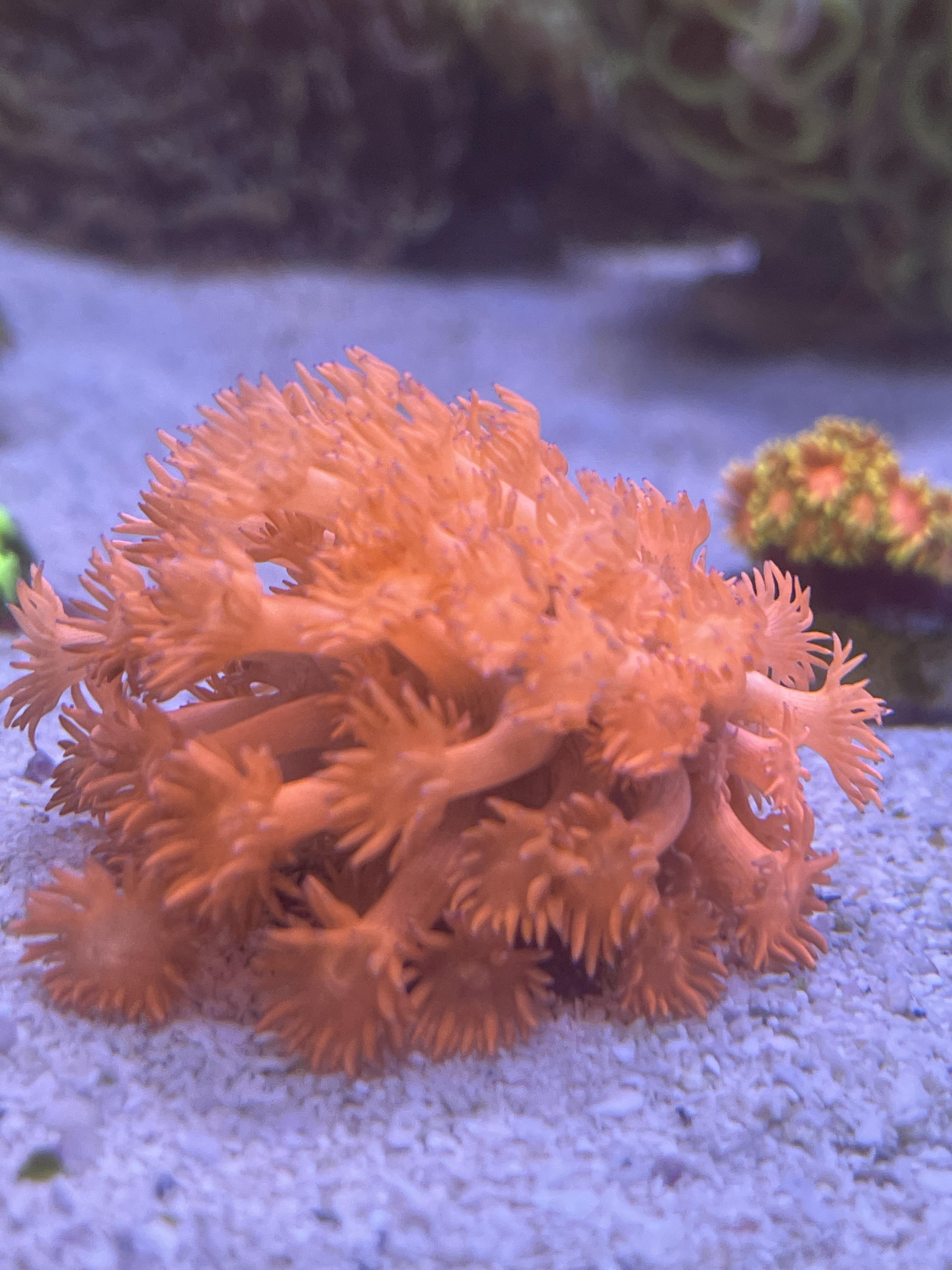 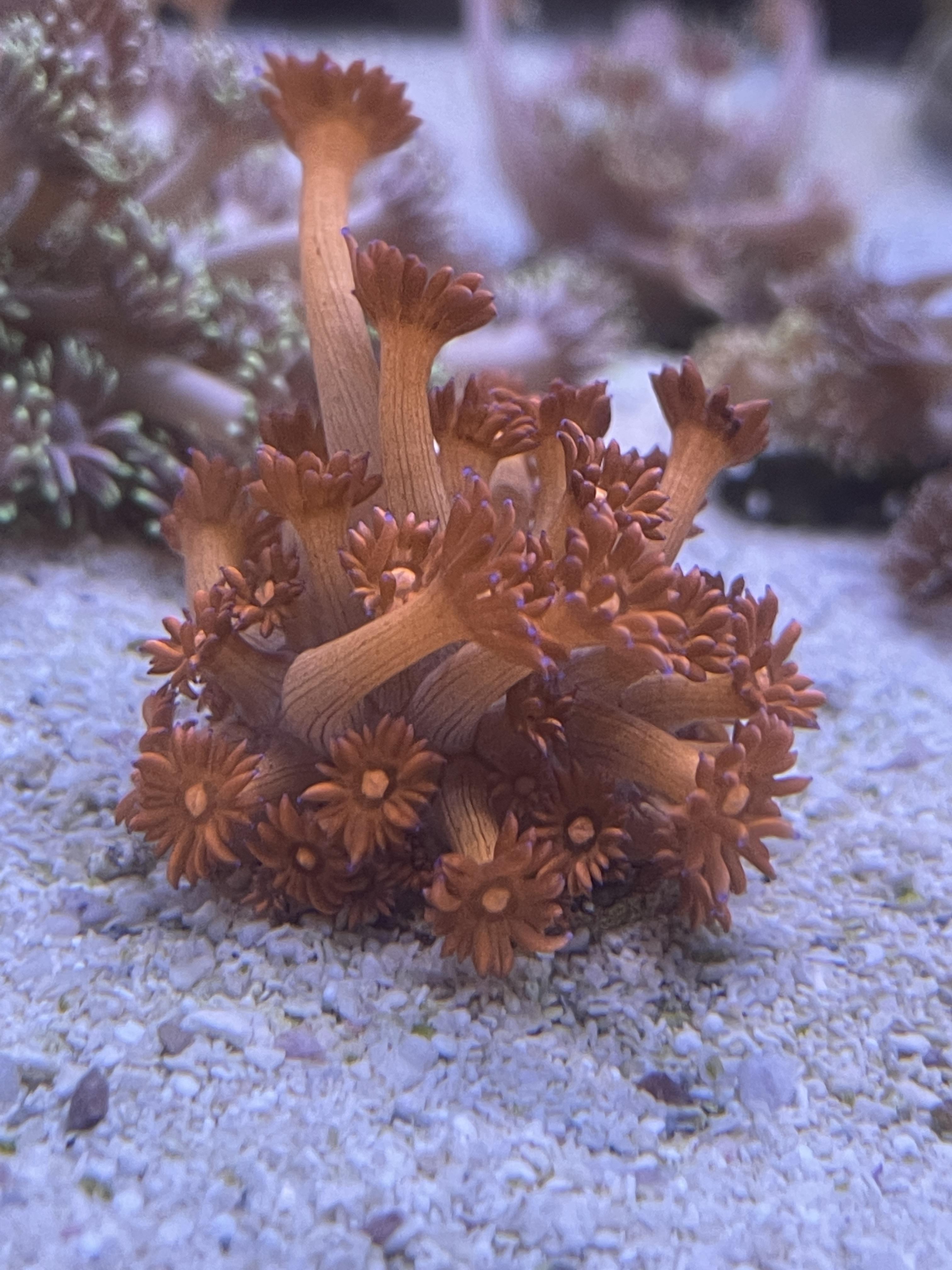 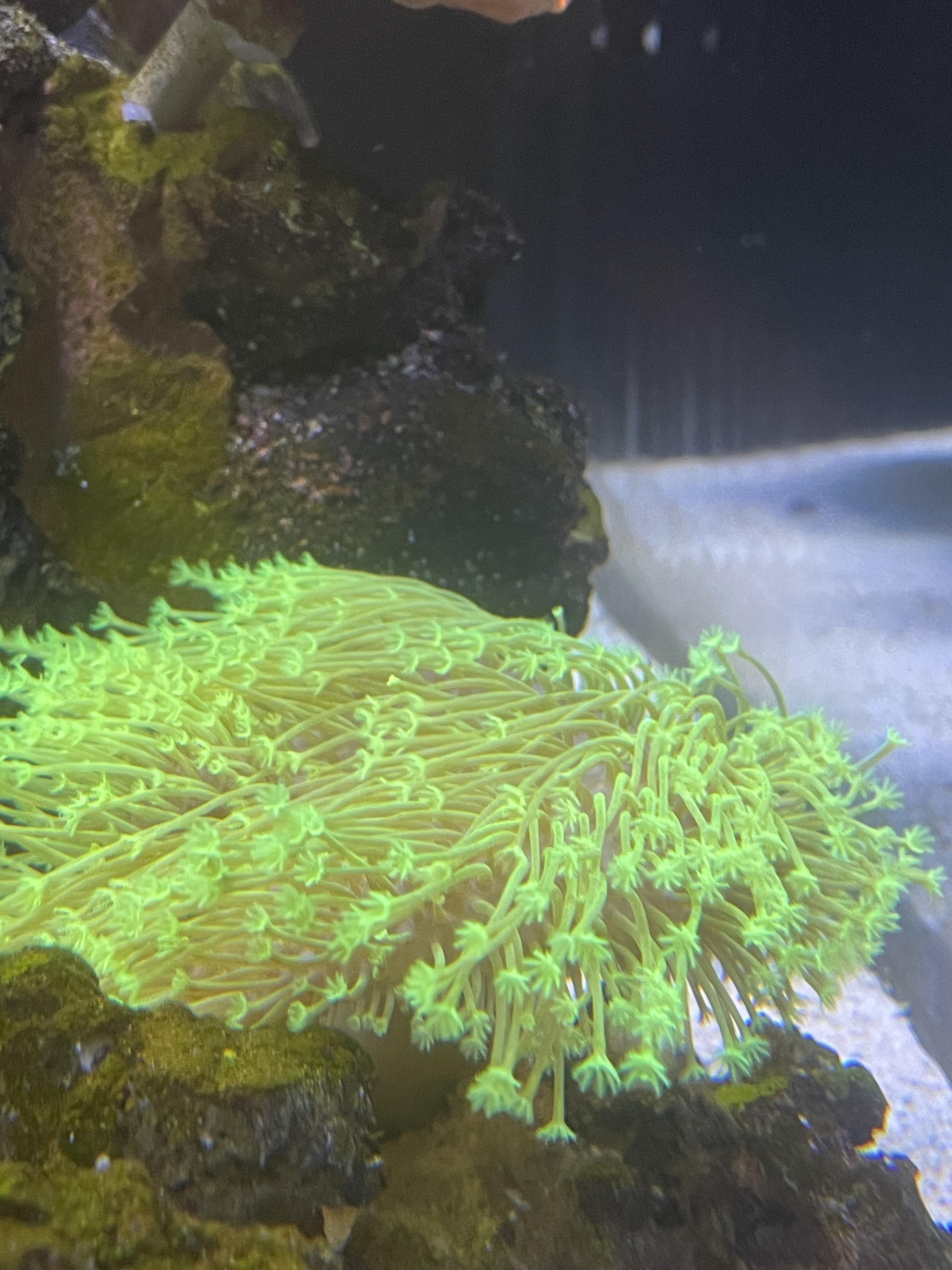 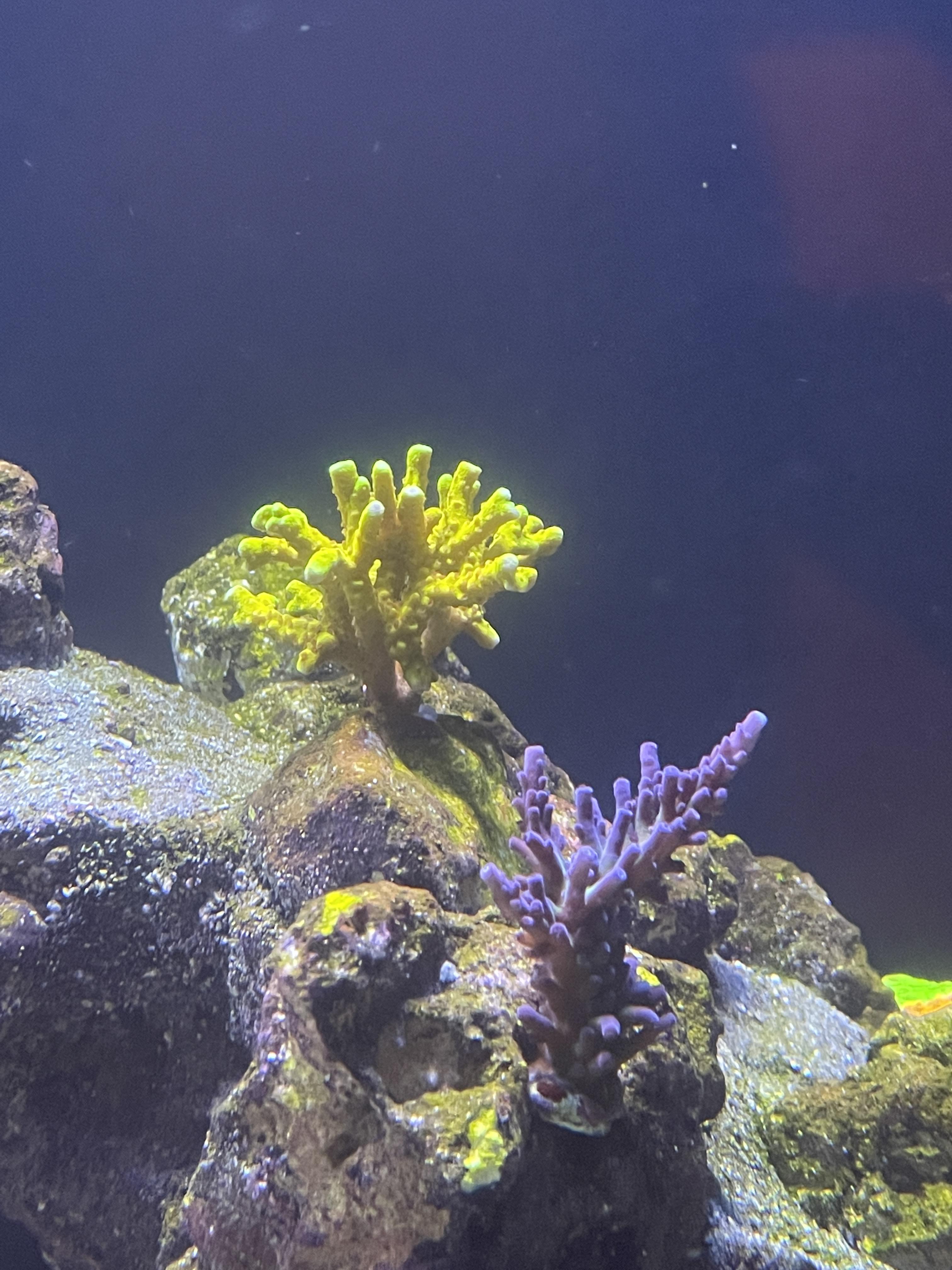 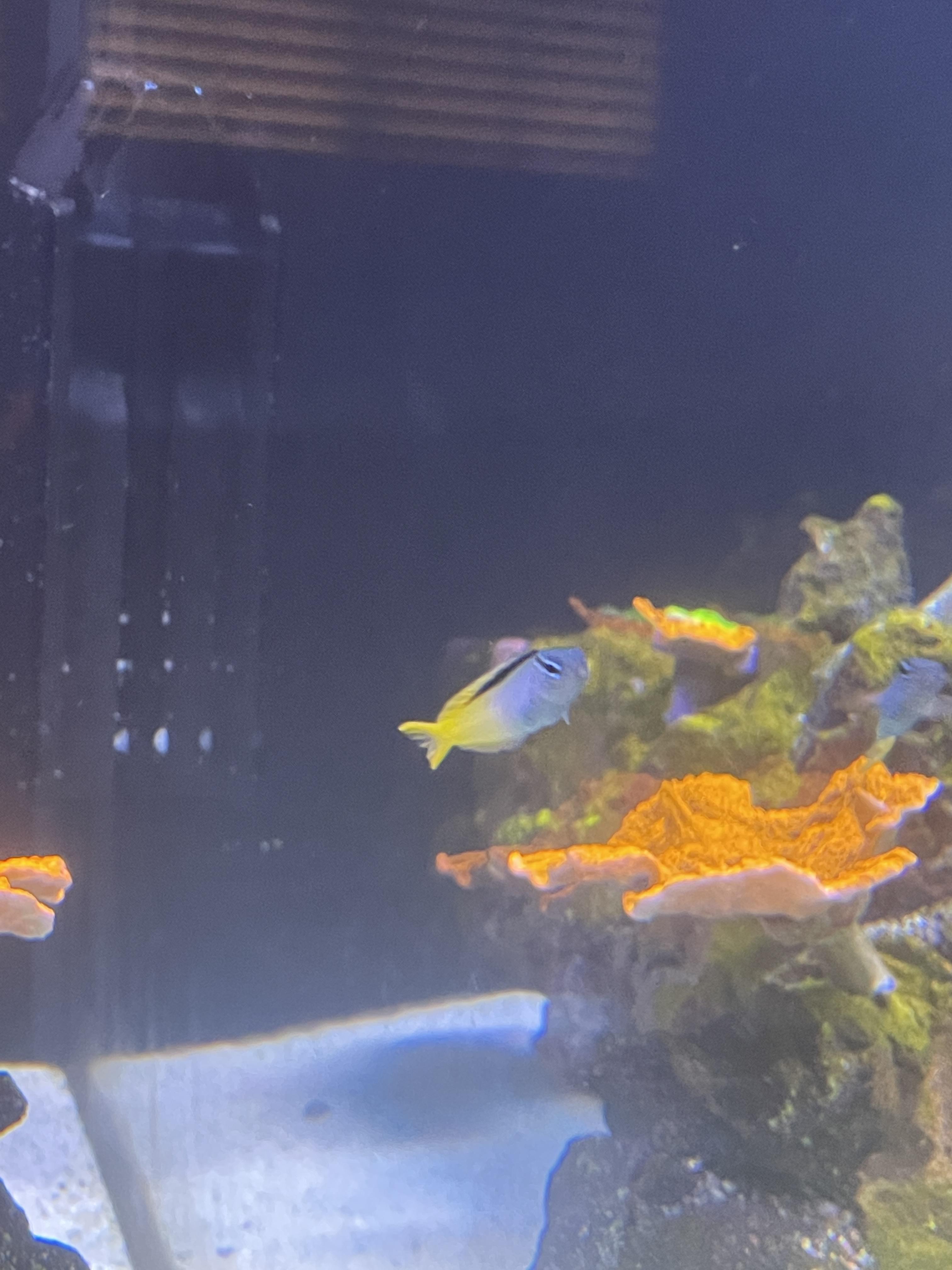 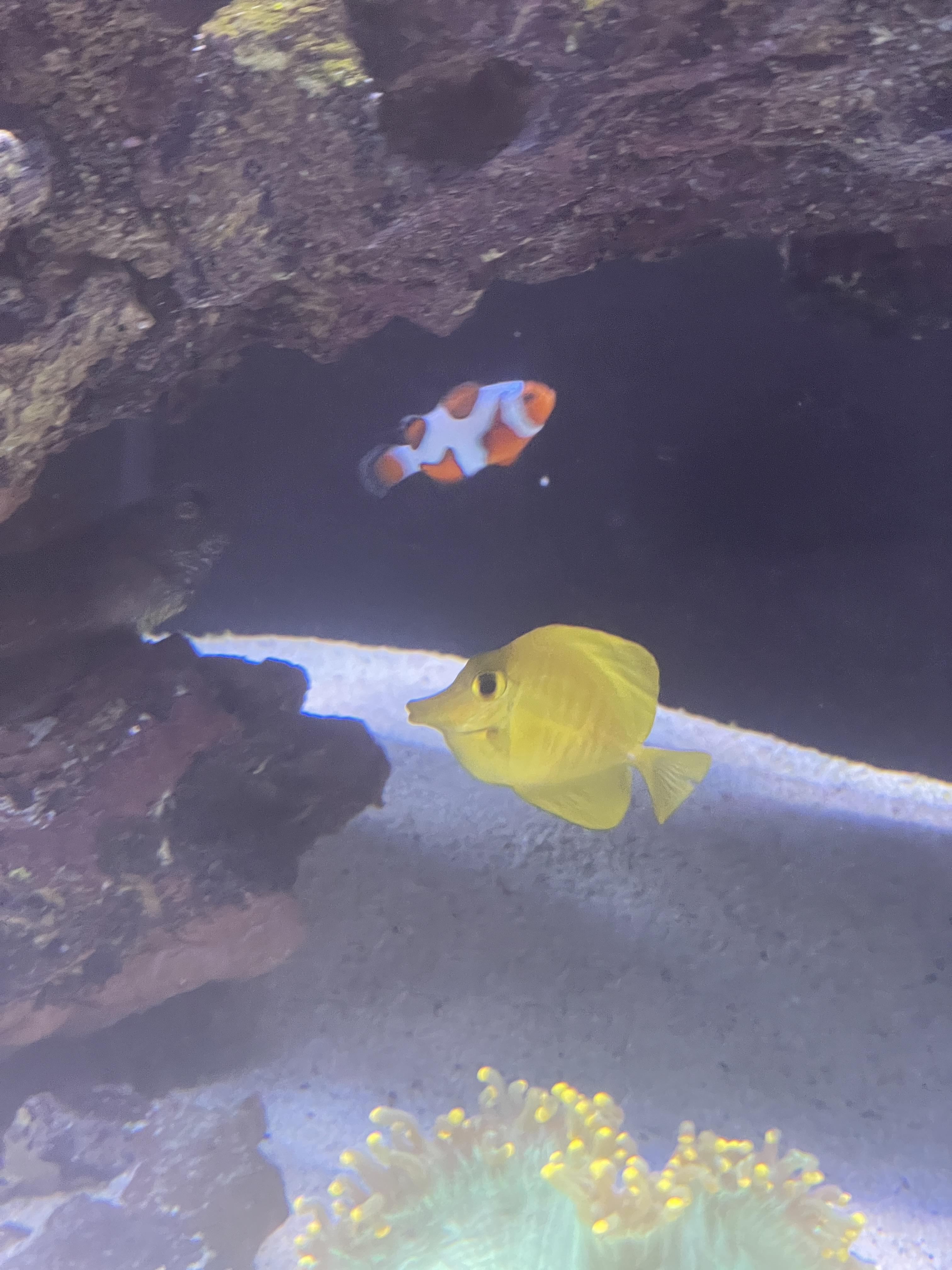 Here’s a update in the tank and the live stock

So far no losses

Fish got velvet they were all removed

Gonna go ahead with a KCL spray as well, if anybody has had any experience please lmk
P

I know that feel. velvet sucks ass. Also for the AEFW, can you remove acros completely? the chances of getting all the AEFW eggs is really low so I would remove acros, take small "perfect" frags and leave the display acro fallow for the aefw lifespan so you can be sure they are gone.

also anybody got a good way to test calcium?

using the hanna checker is ass, my results were different out of 3 test,

Some top view during the wc 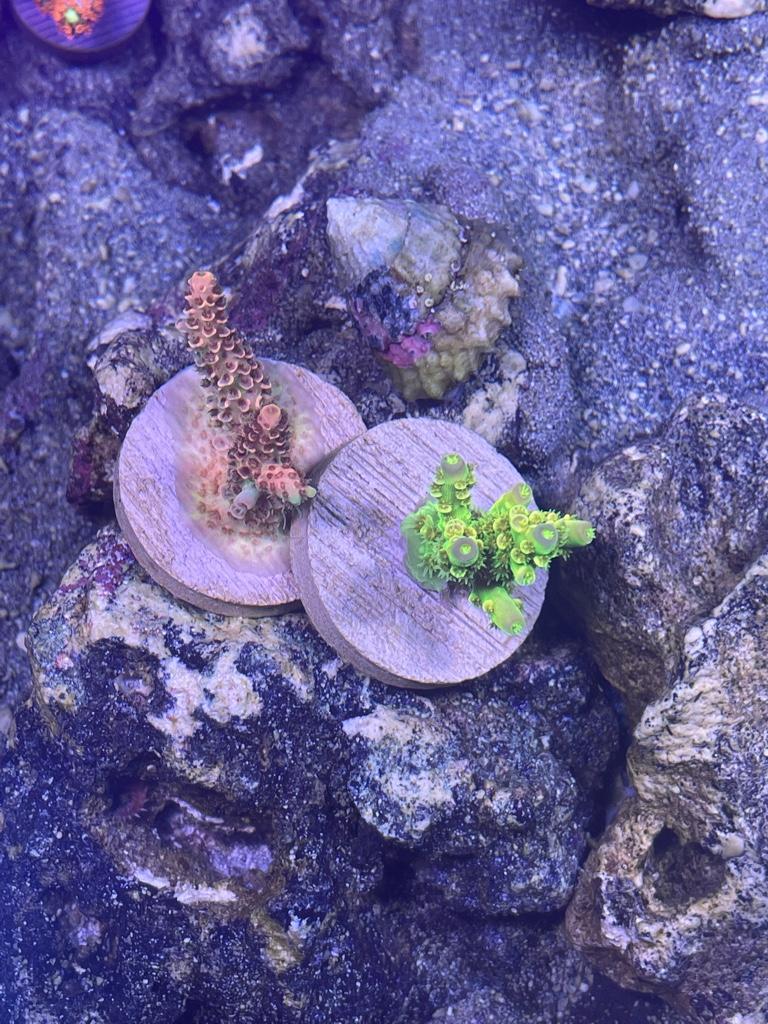 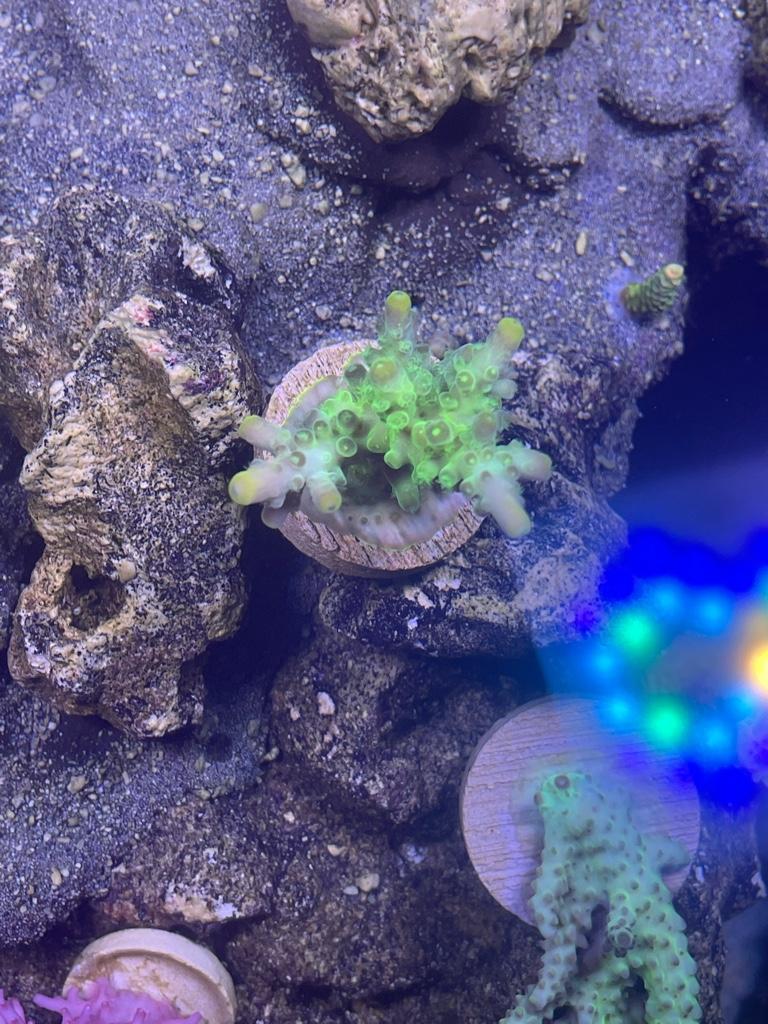 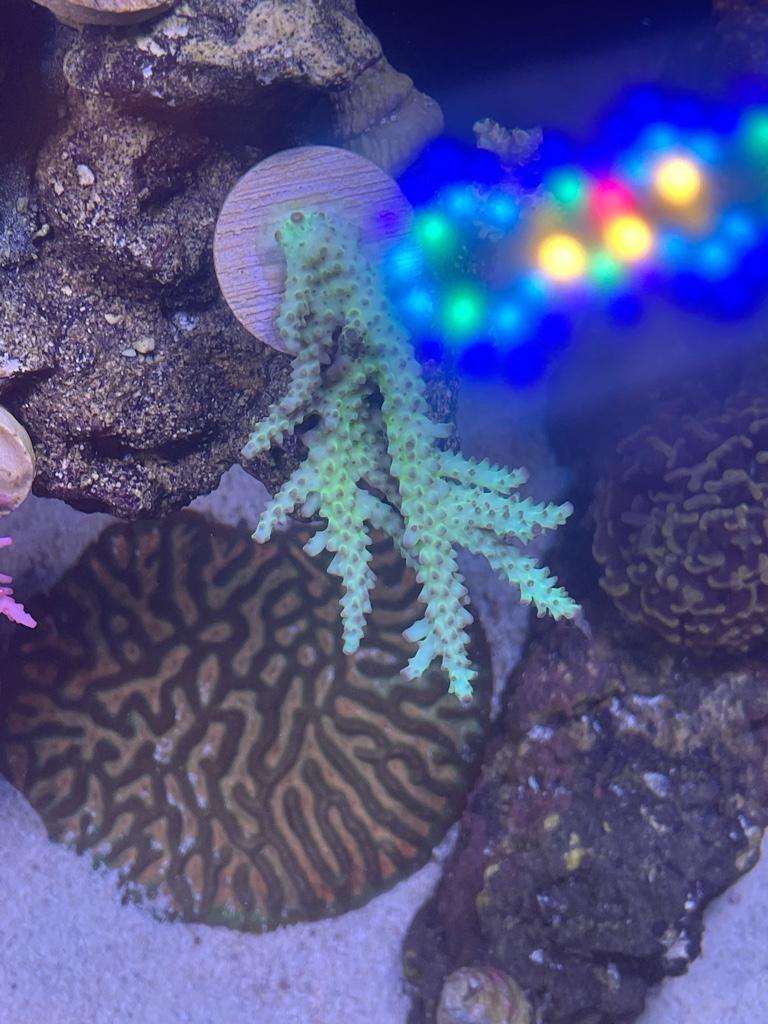 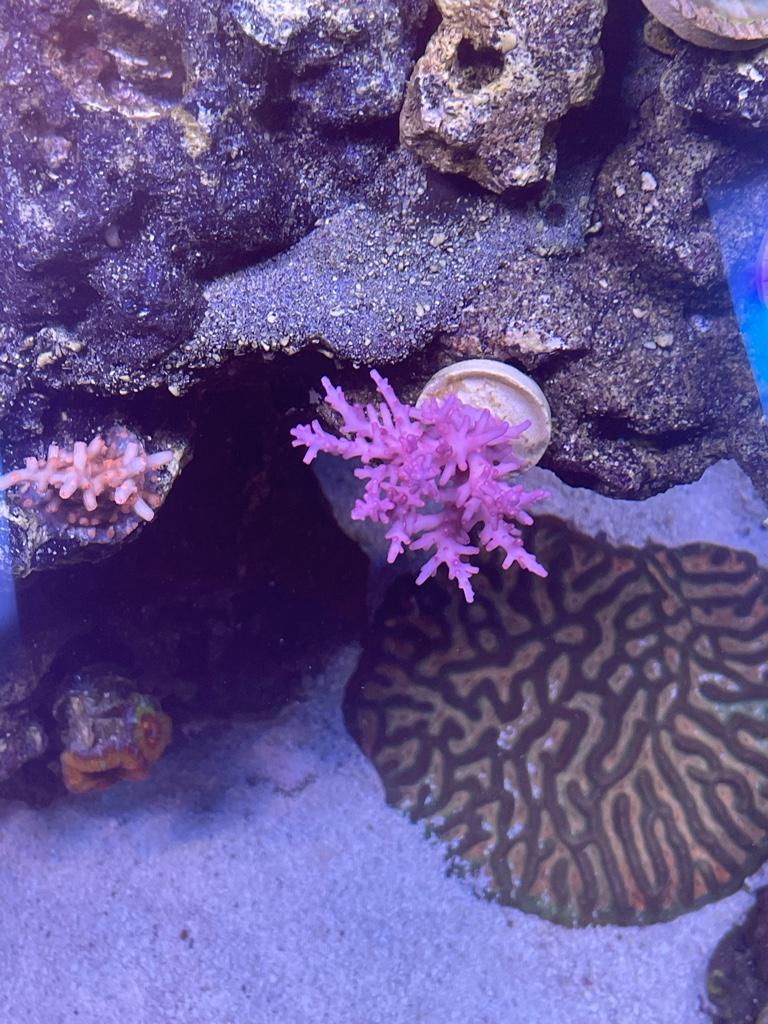 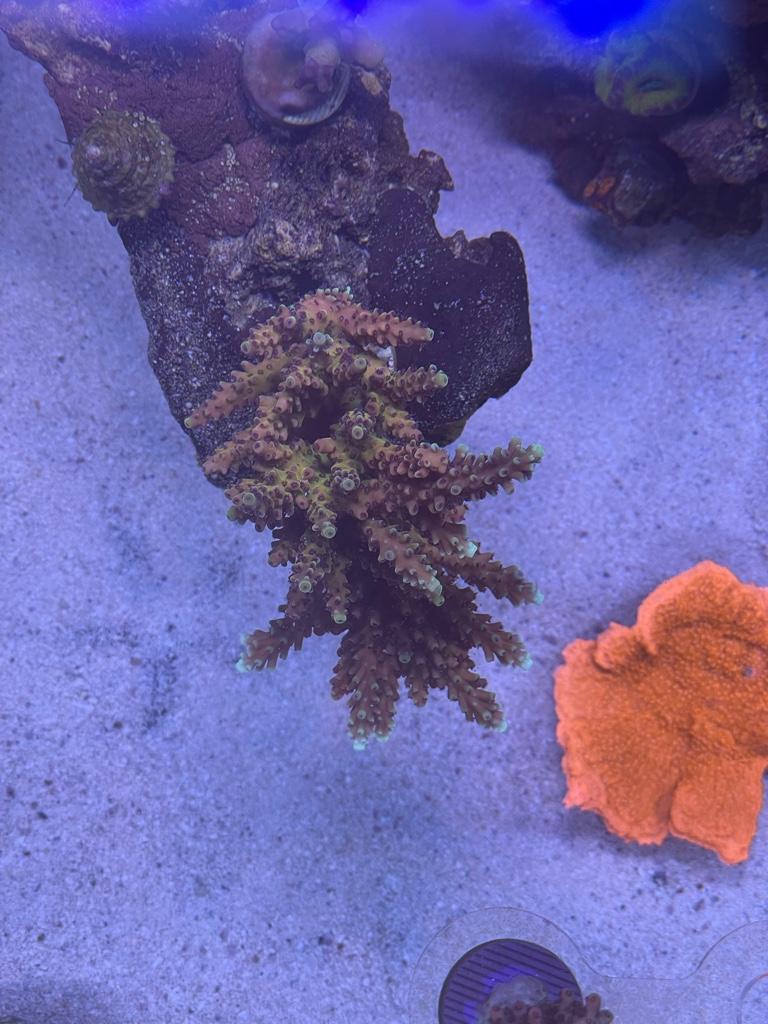 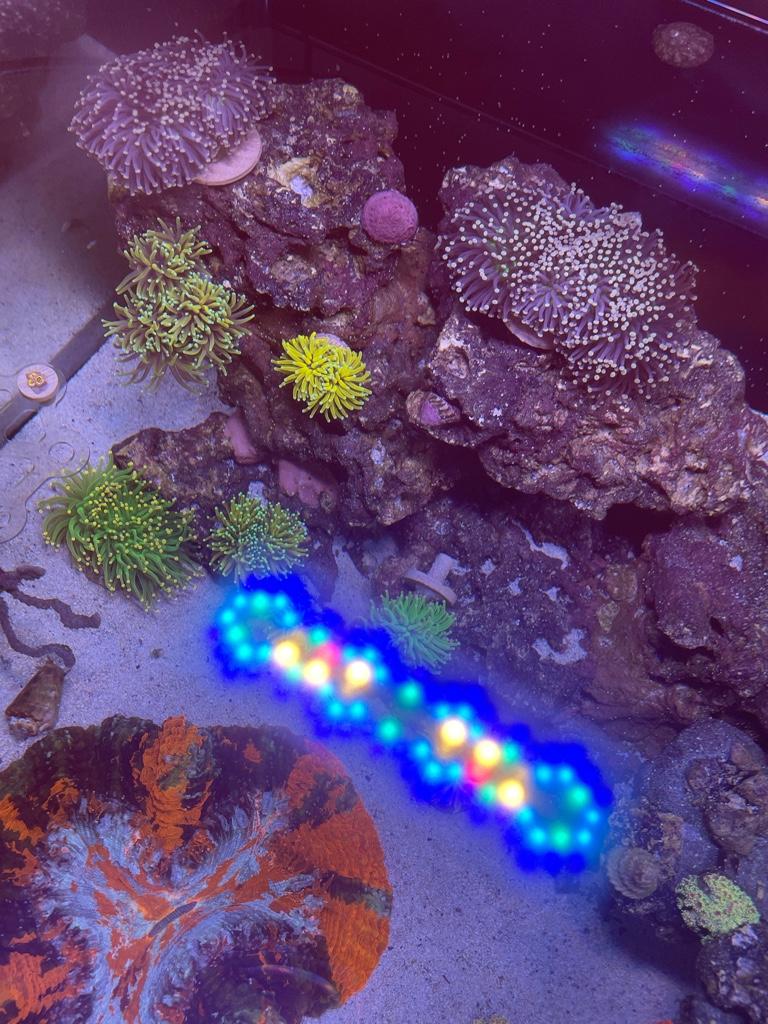 Sent from my iPhone using Tapatalk

I had my skimmer off for a few months and now its creating a shit ton of microbubbles I assume its breaking in again?

Left my tank fallow for 8 weeks possibly cross contaminated something and had fishes scratching
bought a qted blue hippo tang for fairly cheap ($60) a little sus
he was freaking once he got in and next day had ich so could explain why my fishes were scratching.
he is the only one that has it and hoping it stays ich and doesnt get worse but I gotta evict him because hes picking at my wrasses

Listened to a lot of reef therapy and like Jake Adams said that were cramming about a bunch of different corals from different environment and just making the hobby harder for ourselves.

so thats my rant
P

That's how it goes, no shame in slowing down and taking a breather.

Can you move the lps to a lower flow are?

The tank is looking good. I agree with trying to find a lower flow for the LPS.

I’ll buy your sps if you decide to remove them

is there anyway to slow down dirty film algae on glass, I feel like I gotta clean it everyday or else it gets blurry
P

anthonys_aqua said:
is there anyway to slow down dirty film algae on glass, I feel like I gotta clean it everyday or else it gets blurry
Click to expand...
A UV filter can help with this. Maybe take you to once a week or so.

Since your keeping SPS, I am guessing your phosphates and nitrates are already on the low side, so a UV is probably your best bet.
P

UV filter. Subjectively don't think it's worth the trouble if you QT your fish.

Melevsreef says benepets helps but I didn't really notice improvement. I clean glass 2x a week though, might help in your case?

pledosophy said:
A UV filter can help with this. Maybe take you to once a week or so.

Since your keeping SPS, I am guessing your phosphates and nitrates are already on the low side, so a UV is probably your best bet.
Click to expand...
Agreed, I’m running an aqua uv for my 80gal keeps the algae controlled. Only have to clean the glass once a week. Pretty good investment to keep things tidy