Need some help ever since I changed over to Nero 5 my 3 gonis have been pissed won’t extend fully. Any advise what flow I should use? Pulse? One and off time? Or random? What low% and what high%.
Thank you in advanced
-25 lagoon tank
-Bryan

Have you tried running it at a lower flow at seeing what happens? Maybe even try moving the corals around to see if you can find a spot they like more.
S

I’ve had 2 Nero5s sense February and I’m still messing around with the schedule and flow patterns. Like every few months I change it up to see what patterns I can get in my 150. I first ran them under parent/child mode. I parent would run at 70%-30% @ at a high variance from 8am-8pm. Then 40%-10% @ low variance from 8pm-8am. The child would run 180 degrees different. But I was finding the lps weren’t fans of the high flow rates so I moved the lps to slower flow zones like corners and behind rock structures.
Then a few weeks ago I moved the neros and attached them to my sea swirls. Like how sea sweeps are 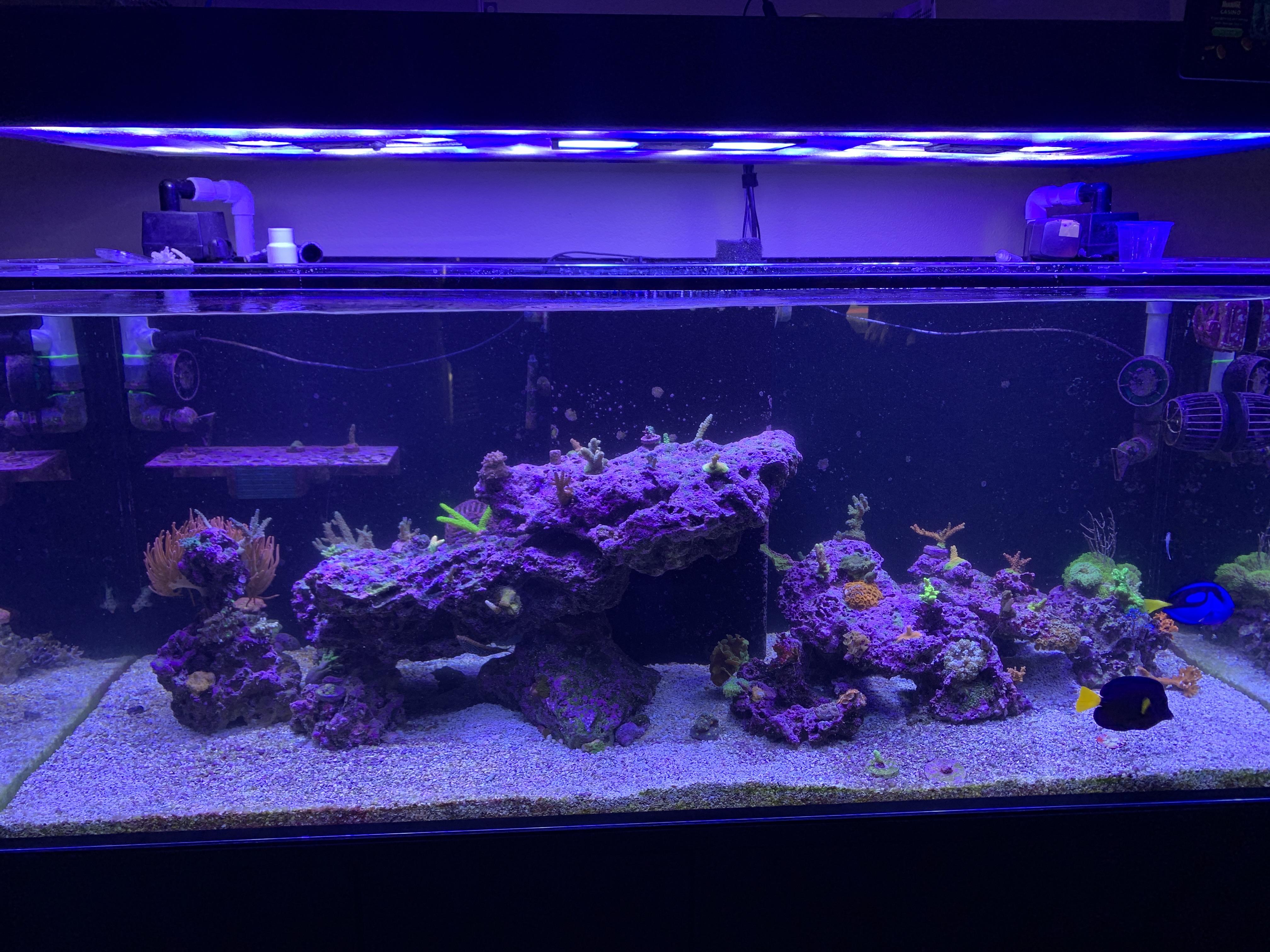 Thank you for sharing 🙏
O

I have found with Gonis and Alveopora sometimes you need to give them a little time to adjust. Mine are super sensitive, tiny changes and they won’t open for 24+ hours. They really like low light, low flow, and stability.